Gamification for employees: how it can engage & motivate 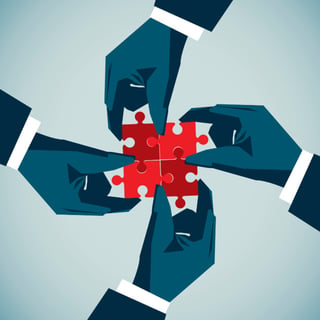 Bringing the promise of more engaged and motivated employees, gamification sounds like the answer to every organisation’s training problems. However, it is natural to be sceptical of any concept that could potentially revolutionise the way your members of staff acquire knowledge and apply new information at work.

Then again, it has been around for quite some time now and shows no signs of slowing down unlike other management fads. In fact, a couple of years ago it was predicted that 40 % of Global 1000 organisations would use gamification as the primary mechanism to transform their business operations by 2015.

In the opinion of Gabe Zichermann, author of The Gamification Revolution and founder of Dopamine, a consultancy concerned with gamified campaigns for employees and consumers, this training technique’s increasing adoption comes as no great surprise. “When you reward consumers for engaging in fun, easy activities, they engage more often and more deeply,” he notes.

But how exactly can gamification for employees help to engage and motivate.

Learn more about gamification with our future of learning guide. Download now!

"People may be motivated by getting a gift card, but what really drives them is recognition [as well as] status, access power and stuff,” says Zichermann. Unfortunately, a common feature of humanity called ‘habituation’ means that we grow increasingly tired of ‘stuff’ and want better rewards for the same activity. “Habituation means you've become immured to a stimulus over time,” adds Zichermann.

But with gamification, stuff translates to virtual rewards such as recognising employee achievements, which are more scalable and cheaper than physical or material possessions. On top of that, Zichermann believes that the majority of people are not very achievement or winning-orientated anyway and would simply feel rewarded when they are in control of their own destiny.

While this keeps employees thirsty and motivated for more, how can you achieve greater engagement? Zichermann believes it is all about making work more fun by leveraging the concepts and mechanics of gaming.

"It's about figuring out ways to create alignment with incentives and motivation,” he says. “You increase productivity [and] performance and you can attract a higher-quality employee, this next generation of employees or millennials generation who bring with them their increased technology skills.”

As opposed to your monthly salary, which is always nice to receive but doesn’t exactly change much throughout the year, gamification rewards increase in intensity due to habituation.

This is evident with most video games according to Rahjat Paharia, founder of cloud-based gamification software company Bunchball and author of the upcoming book Loyalty 3.0: How to Revolutionize Employee and Customer Engagement With Big Data and Gamification. He believes that the 10 key mechanics of gamification are fast feedback, transparency, goals, badges, levelling up, Onboarding, competition, collaboration, community, and points.

As Paharia explains: “Game designers have known how to do this for a long time. All the way back from Pong in 1972 up to modern day Call of Duty, they have had every piece of data about how users work and behave in their systems, and they've been able to use that data to get players to perform better.”

Even so, Paharia is quick to point out that “gamification is a word that just throws a lot of people off. The thing you have to make clear to people is that it has nothing to do with games. Gamification is about driving business objectives and motivating people through data. It's not new but it has suddenly become more powerful because we have all this data available to us.”

In order to provide cashiers with real-time feedback about their performance, Target decided to introduce a gamification system that gives staff members a red or green rating based on whether they scanned the customer’s item quickly enough. They are also given their immediate score on screen and can track this as they keep scanning items.

For Zichermann, this is a great example of how to utilise the best ideas from games, such as loyalty programs or leaderboard scores, to drive and change staff behaviour. “The bias that people have to win something is how achievement-oriented people tend to view the world," he says. "The idea here is to bring the feedback as close to the action as possible and make the feedback as constructive and positive as possible.”

When Omnicare first tried to implement a gamification solution to reduce helpdesk wait times, it actually caused customer satisfaction rates to plummet and employees to quit their jobs. This is because staff felt like Big Brother was watching and scoring their performance.

So, Omnicare decided to set up a series of achievements for reps to reach instead. As they progress through these daily challenges, helpdesk employees are given short-term rewards that are achievement and recognition orientated. Waiting time was halved, while customer satisfaction and employee retention bounced back. “It's a very different design, but with the same core premise and with wildly different results," reveals Zichermann.

In Canada, automotive giant Ford introduced a gamification element to its learning portal, as sales and service teams needed to know about different car models, financing plans, technologies, and options every year.

With the help of Bunchball, Ford saw a 417 % increase in use after initial testing and implementation. Pharia notes that younger staff were particularly engaged with its gamified learning portal, which helped to boost sales and customer satisfaction.

The final word on gamification

If gamification can afford so many advantages in corporate working environments, why hasn’t it been utilised before? Well, Zichermann says that it has, but today’s constantly changing and rapidly evolving world is making implementation much easier.

"Gamification has been going on in the workplace for a long time. What's really changed in the last three years has been the new set of tools, technologies, design disciplines and frameworks that are allowing us to do gamification in the workplace in a more scalable and repeatable way. It's also about understanding the evolving science of human engagement and interaction in a way that produces better long-term results," Zichermann concludes.