How, when, and why did microlearning become so popular? 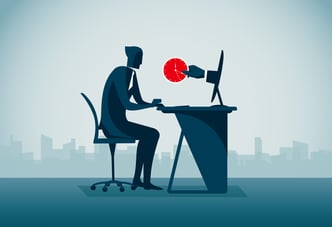 In many respects, the theory behind microlearning is not a new one. As a matter of fact, it has been a legitimate learning technique for quite some time now. However, it has attracted a lot more attention in recent years for various reasons.

But how, why, and when did microlearning become so popular?

The reasons behind microlearning’s popularity are fairly easy to understand. But above all else, it is an incredibly effective way of learning, retaining, and applying new knowledge, skills or information. In its purest form, microlearning is simply gaining a greater understand of something through repetition. Accordingly, microlearning might sound remarkably simple, but that’s because it is.

If you have ever studied a musical instrument or attempted to learn a new language, chances are you did so in small, repeated, but increasing steps. Attempting to master these arts by diving in headfirst would not result in a favourable learning outcome.

However, with a slow and methodical approach, it is possible to grasp complicated subjects or complex themes, such as playing the piano from a piece of sheet music or striking up a conversation with a Spanish local in Barcelona. But if this were true for all types of knowledge acquisition, such as classroom teaching or workplace training, why is microlearning only starting to gain more traction now?

When did microlearning become so popular?

In 2011, Dr Martin Hilbert and his team at the University of southern California revealed that the growth in the Internet, 24-hour television and mobile phones means that we now receive five times as much information every day as we did in 1986.

In addition to consumption, the average person also produces six newspapers worth of information compared with just two and a half pages 24 years ago, which equates to a near 200-fold increase. With the consumption and production of so much documentation and data, it is little surprise that today’s learners cannot handle traditional methods of teaching, which tend to favour large chunks of information.

Not only are we struggling to even comprehend learning materials when taught this way, the vast majority of us don’t want to either. This new age of information combined with rapid advancements in technology has resulted in a world where microlearning can finally be utilised and implemented for more than just musical instruments and new languages.

Why did microlearning become so popular?

Microlearning became so popular because it suits the society we are now all a part of. We have grown accustomed to receiving information via digital channels such as social media, which deliver short snippets of content. Combined with the instantaneous nature of interacting with a smartphone or tablet and the modern-day picture of microlearning becomes easier to understand.

On top of that, it has never been so easy to develop platforms for microlearning to exist on. From desktop software programs to smartphone applications, the range of possibilities is vast when you take advantage of contemporary technology.

This doesn’t even take into account concepts like gamification, which is a legitimate teaching technique in its own right, but also works side-by-side with microlearning to incentivise, motivate, encourage, and engage today’s overwhelmed audience of digitally connected media consumers.

The benefits of microlearning

So to sum up, the concept of learning through repeating small chunks of teaching materials has been around for centuries. But ever since society fully embraced the trappings of technology, which in turn created a profusion of information, we can no longer handle the subject-heavy nature of traditional teaching.

Instead, we prefer to learn new knowledge in a similar way to browsing social media or accessing online content via a smartphone. But thanks to the very same technology that created this dilemma, adopting a modern microlearning approach is quite simple and straightforward.

Furthermore, this new methodology can also provide a wide range of far-reaching benefits that previous teaching or training techniques could only dream of. These include:

Impressive retention levels - With less content to comprehend, learners will find it much easier to remember teaching materials and apply this newly acquired information in real life. An entire school syllabus or training course can be broken down into more manageable pieces, allowing the student or employee to learn each section separately and improve their knowledge retention.

Quicker results - You won’t have to wait long to notice individual improvements with microlearning, as smaller bits of information are much easier to remember. It might be more difficult to cover a wide range of subjects in one go, but this isn’t necessarily a problem unless the student or employees need to know important information immediately.

Remote teaching - With technology at the forefront of modern microlearning, teaching can take place at anytime and from anywhere. Students and employees can decide when they would prefer to learn new skills or improve topic comprehension if microlearning is available online via a smartphone application or desktop software.

Monitoring tools – Again, technology is on hand to bolster the benefits of microlearning, as it becomes much easier to assess, examine and test students or employees thanks to analytical and reporting tools.

Makes training more interesting - Another benefit of using technology for microlearning is that you can introduce various types of media such as video, audio, presentations, or games. Because these content mediums will be familiar to the learner, they won’t lose interest quickly, which makes the entire learning process a lot more intriguing and engaging.

Cost-effective – From a financial point of view, microlearning is much more cost-effective than sending members of staff on a training course, which probably won’t have the desired effect anyway. The teaching materials you develop for e-learning can be used time and time again as well.

Although microlearning might not be suitable for every school or business, it is easy to see why this teaching technique has become so popular in recent years.