Leadership - whose job? What job? When? 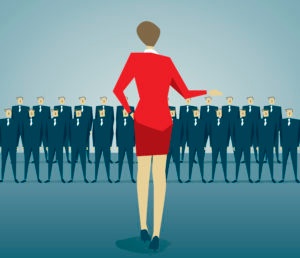 ‘Leadership and learning are indispensable to each other’

So said John F. Kennedy, but how do the two things become so inseparable, so reliant on each other, so strongly intertwined? Firstly, we may need to define leadership, and that isn’t as easy as it used to be.

Leadership: A word, and an image weighed down with assumption, stereotype, and pre-formed and outdated ideas. Everybody has their own individual definition of the word. We all have our favourite ‘leader’, just as we all have our least favourite. Many are more concerned with the role of the manager of their football team than the role of their leaders in the workplace. Some consider themselves to be a leader when, to others around them, the opposite is the case. Others lead without being consciously aware of the fact that they’re doing so. And while some look to leaders for inspiration, others may seek to keep distance between their leaders and themselves.

Traditionally, historically, a leader has been someone who has gained knowledge of a certain subject and is able to pass that knowledge down to others who are keen to learn. These others, the followers in this example are known as ‘Knowledge Workers’.

The Austrian-American management consultant and author Peter Drucker coined the phrase, and described Knowledge Workers as “people who know more about what they’re doing than their boss does”. But what does that mean?

In modern times, with a rapidly changing business world, that old top-down model of leadership has become consistently more outdated and redundant. It's a little too simplistic and based on far too many predictable elements, when we know that the modern workplace is more fluid, transient, reactive and diverse. Times change, and so do situations. In an age which sees the knowledge worker phenomenon growing, the need for a more flexible, holistic leadership model is clear. Changing situations present fresh challenges for business leaders. Time for a rethink, a re-learning of the role of leaders.

In the late 1970s, Dr Paul Hersey developed a theory, often referred to as ‘organised common sense’. A different way of imagining leadership, built around the idea that if there is no one single situation where leadership is required, there can surely be no one single ‘best’ method of leading. Dr Hersey called his theory Situational Leadership, and it is based on the structural and interpersonal relationships between leaders and followers. It is a practical approach and is structured around four different key leadership styles - Telling, Selling, Supporting and Delegating.

For telling, Hersey means directing.This is where leaders recognise that followers, though keen and enthusiastic, have a low competence in a given area or subject. Leaders manage them by making decisions, giving instruction and direction. Whilst not exactly a supportive or encouraging style, it is useful particularly in facing emergency issues, or projects requiring a speedy turnaround. Again, this brings another learning opportunity for leaders. As followers become more competent, more confident, and with a broader skill set, they may feel this leadership style to be autocratic and unhelpful in terms of their professional development. This is where the flexible, and adaptive nature of Situational Leadership comes into play, by presenting leaders with that opportunity to learn when to become more the facilitator, less a dictator.

Selling, or coaching, is the second of the four styles Dr Hersey identified. In this style, our followers have a little more confidence, a little more competence. While leaders are still making decisions and giving some direction, there is an opportunity to do so while giving guidance, and some autonomy to assist team members’ learning. By offering support and encouragement, leaders are able to strengthen commitment, confidence and engagement in their followers. By explaining decisions and soliciting input from followers in the process of decision making, leaders are able to support followers’ progress. It is key, in this style of leadership, to recognise the importance of loosening the tight controls of leadership, in order to allow followers to develop and reach their fullest potential.

By supporting, Hersey really means encouraging. Where followers are more competent, more able, and with a greater skill set, they need less direction. Support, however, is needed, and leaders should share decision making, encouraging followers’ in accomplishing tasks, facing challenges and driving their professional development. This particular style of leadership harnesses the skills of followers, and allows them to improve their knowledge within the structure, and to better understand how and why decisions are made, and the affect that those decisions have on the business and its strategic development. It is at this point, in this style, where leaders begin to facilitate rather than simply to direct.

The fourth key style of leadership in Dr Hersey’s theory is where leaders delegate, by which we mean empowering. Where followers are assimilated into the organisation, with higher competence and commitment levels, they require less direction, less supervision from leaders. They are better equipped to work autonomously, and have a good understanding on the effect their work can have on the day-to-day running of the business. These followers will, though, require clear targets and objectives, and their autonomous working will need to be set within prescribed boundaries and limits.

We know that learning is an integral part of the workplace for all, leaders and followers alike. For leaders, through Situational Leadership Theory, they are encouraged to recognise the need for adaptive and reactive leadership. By learning to see themselves as facilitators, and knowing which leadership style applies to which member of staff, or follower, they are well positioned to support all levels of staff, from the relatively new worker, to long term employees, and to facilitate their progress within the organisation.

By recognising that strong, effective leadership is task relevant, and by adapting their management or leadership style to that of the group or individual they are attempting to lead, leaders are better equipped to move followers forward.

It’s just a question of learning how.