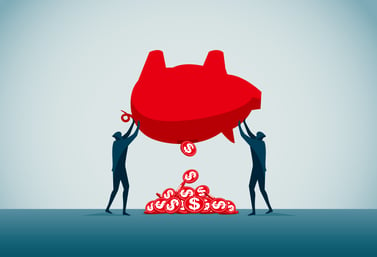 s that a dedicated team of employees is behind the growth of its success. In regard to retail, knowledgeable and passionate employees make a world of difference – they can use their product and service knowledge to create an exceptional customer experience, leading to a strong consumer base and brand reputation.

But one problem organisations can face is maintaining this dedication and keeping employees motivated – it can be disheartening for employees if they don’t get to reap the benefits of their hard work! Therefore, incentives can be implemented.

An incentive is described as a stimulus for a greater action and acts as an additional benefit to an employee as recognition of an achievement. An incentive can come in a variety of forms, such as a cash reward, an income bonus or a job promotion! All of the above lead to employees becoming more motivated and enhancing their performance.

Incentives are not only used to improve productivity, but also to:

Not only do incentives offer employees a sense of recognition, but they also can act as a preventative action against high employee turnover. A 2016 survey by Korn Ferry found that turnover in the retail industry was at its highest among hourly store employees: 65% for part-time retail employees, which is an 8% increase compared to 2015 when turnover was at 57%. Offering rewards and increasing the satisfaction of current employees saves multiple costs included in hiring and training new staff.

Last year, Wranx and The North Face® launched the New Explorer competition as an incentive for staff to improve their product knowledge of their newest collection. From this, Wranx developed a module that went in depth about three exclusive synthetic insulation technologies,Apex Flex, Ventrix™ and Thermoball™, that were being introduced to stores. If staff completed their daily drills for the duration of a month, they were in with a chance of winning The North Face® jackets for the whole store!

Staff would also have to complete a pre-assessment before starting their module and a post-assessment after the module. This meant store managers had visibility of who had made the most progress and who had really retained the knowledge they had learnt over the month. It would be these employees who were rewarded with the prize!

Additional incentives were introduced in the form of custom gamification badges on the Wranx platform. The North Face® employees would receive bronze, silver and gold New Explorer badges as they progressed through their drills, encouraging them to log in and complete their daily learning.

Wranx can complement incentive schemes well. Wranx provides a platform for employees to learn new, relevant knowledge for their role and encourages friendly competition between employees to achieve more! The North Face® employees received the New Explorer competition very positively, with 100% of learners who took the survey stating they felt more confident in taking the assessment after having completed the module. 75% also said the Wranx assessment at the end of the module was ‘extremely’ or ‘very easy’ to complete after doing their training. So, using Wranx not only helped to reinforce new product knowledge, but also helped employees feel more confident within themselves, something that can be applied to real-life situations in store.

Implementing incentives across retail stores has proven to be effective in increasing employee engagement and productivity. Companies using incentive programmes report a 79% success rate in achieving their established goals when the correct reward is offered.

Using this alongside a training initiative, such as an online platform like Wranx, means that employees are consistently developing their knowledge and skills in order to achieve end rewards – a win-win situation for both the employee and organisation!