Why having fun at work is important 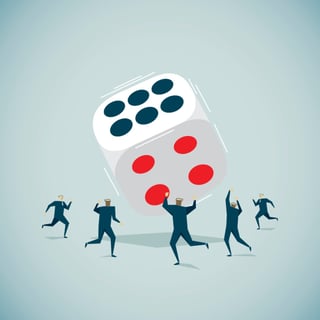 At a fairly young age, the vast majority of us had to decide what we wanted to do for a career. But choosing certain subjects at school and opting for a specific degree at university is quite a difficult undertaking for most teenagers and young adults.

Unless you always wanted to be something like a doctor or lawyer, this conundrum had the potential to create a great deal of stress and concern at an age where having fun was meant to be your number one priority.

However in many respects, the easy-going and high-spirited attitude of youth can do wonders in the workplace too. Of course you don’t have the kind of freedom you once did, but by adopting a more laid-back approach towards your career or profession, some excellent benefits can be enjoyed from both a personal and business perspective.

For numerous organisations, the idea of having fun at work is never entertained. Some companies are in industries where a serious straight face is required at all times, while others require the utmost focus at all times in order to maintain prosperous profit margins.

Nonetheless, even the most formal or uptight environment can reap various rewards by allowing its members of staff to take pleasure and merriment from their working day.

The facts about having fun at work

According to research published in the book “301 Ways to Have Fun at Work,” there is a direct link between the extend to which employees have fun and:

In fact, companies that adopt a fun-orientated culture have:

But in spite of these extensive advantages, some people might not be as receptive to a fun working environment as others. Recent research from San Francisco State University notes that fun in the workplace is heavily dependent on the ages of employees.

Those born between the early 1980s and early 200s, otherwise known as millenials, tend to like workplace fun more than older generations. One survey from PGI went so far as to say 88 per cent of millenials want a fun and social work environment, compared to just 60 per cent of boomers (people born between approximately 1946 and 1964).

Even though this reluctance among boomers may put some organisations off, the same survey also put millennials at the top of the workforce population in the US with 80 million people. So, with boomers making up 76.1 million workers, any shift towards fun could still be well worth it.

Defining fun in the workplace

The word “fun” may strike fear into the hearts of many bosses, as it could be perceived as an invitation to give messing around greater precedence than actually doing work. But if you take research by Kansas State University into consideration, this couldn’t be further from the truth.

In a study called the “Effects of Workplace Fun on Employee Behaviours,” it found that people tend to rate socialising the highest out of all fun-related activities. But this isn’t limited to millenials, as older generations are also fans of greater interpersonal connections at work.

This is because people are marrying and having children later, so those in their 20s and 40s lack an established social structure away from the office. What’s more, 71 per cent of millenials say that they would like a “second family” made-up of co-workers.

For many organisations, this means striking the right balance between a fun working environment where employees are happy with their role and enjoy the company of colleagues, but also have the motivation and focus to complete daily responsibilities on time. So, how can this be achieved?

With any luck, you will already have a workforce that has an interest in your organisation’s offering or the industry it occupies. After all, they chose to take up this job in the first place and probably wouldn’t have done so if there were no enjoyment or fulfilment to be had.

Therefore, you will need to look beyond spicing up their routine tasks and concentrate on other areas instead, such as putting a more social framework in place or hosting after work events. However, you may also be able to inject some fun into other aspects of daily operations too. Here are a few suggestions:

The way an organisation operates is a reflection of its culture, so this should be your first port of call. Try to create an atmosphere where employees can feel comfortable, express themselves, and collaborate with others. All the while, make it easy for staff to be productive, open up new communication channels or provide fun incentives to work harder.

Understand what your employees want

Each and every member of staff is bound to have certain interests or passions, which they no doubt share with other employees. So, understand what these passions are and bring your workforce together. For example, start a lunchtime Xbox or PlayStation tournament for video game enthusiasts to participate in.

Aside from their actual jobs, your staff may want some added excitement in other areas or activities, such as training, because this can be a rather boring exercise at the best of times. But through techniques like gamification, which also involves competing against colleagues, your employees will thoroughly enjoy increasing their skill set.

It is natural to feel a little bit uneasy about making the working environment a more fun and entertaining one. However, if you implement changes in the right way and in the right areas, both the business and its employees can enjoy a number of far-reaching benefits.