Is there a limit to the human mind's capacity? 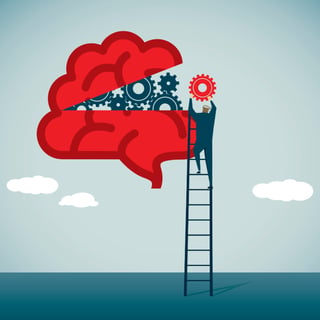 Despite the fact that several of us have trouble remembering certain facts or recalling moments in time, some people believe that the human brain is capable of retaining an infinite amount of information.

For quite some time, neuroscientists have attempted to quantitatively measure the capacity of the human mind. But even if they manage to draw accurate conclusions, there are certain individuals that buck these verdicts, as they have demonstrated remarkable cognitive feats with their atypical minds.

The capacity to remember

Nowadays, most of us own a mobile phone or have the resources to look up contact details of friends and family members, which means we don’t need to remember telephone numbers anymore.

However, if you asked Chao Lu of China to memorise and recall your address book, he would probably stand a fairly good chance. In 2005, the 24-year-old graduate student managed to remember 67,980 digits of pi in a 24-hour stretch and didn’t even take a bathroom break.

In addition to just numbers, certain intellectuals can also call to mind complex visual scenes or in-depth details about previous events. But this isn’t always down to training the mind through hours of study.

Acquired savant syndrome is when healthy people suffer an injury and suddenly gain incredible recollection powers. Take Orlando Serrell for example, who was hit with a baseball when he was 10-years-old, but then developed the ability to remember license plates and compute complex calendric items.

The science behind memory

If you wanted to quantify the brain’s capacity to remember, you could match-up memories with the amount of neurons we have, which is approximately 100 billion. However, this doesn’t allow for much information according to Paul Reber, a professor of psychology at Northwestern University.

"If you could have as many memories as neurons, that's not a very big number,” he says. “You'd run out of space in your brain pretty fast.”

Because of this, most researchers believe memories are formed in the connections between neurons and across neural networks. The architecture of neurons, which form extensions in and out of a central hub, makes various memories readily available to recall.

This web-like structure gives us “exponential storage” notes Reber and our capacity to remember “goes through the roof.” He also believes our potential storage “gets into the several petabyte range,” which equates to thousands of years of MP3 song files.

So, if everyone’s brain has the ability to create numerous neuron connections, why can some people remember information better than others? Well, memory champions and record holders claim they are no different to anyone else and have simply trained their brains.

A USA Memory Championship winner has even revealed that his memory was terrible before becoming a mental athlete, with practice making the difference. “Within weeks of training, maybe even less, you're doing something that seems almost impossible to the normal person,” says Nelson Dellis. “We all have this skill within us.”

Before starting his routine of cerebral workouts, Dellis could memorise a deck of cars in 20 minutes. But since becoming a recollection prize-winner, which requires up to five hours of training a day, he can now do this in less than 30 seconds.

How to increase our memory

Dellis says that he uses well-known and long-established techniques to commit items to his mind, which includes building a memory palace. By taking a property or home you know well, it is possible to position items you want to remember on the kitchen counter or dining room table.

“You mentally navigate yourself through that space and pick up those images you left there and translate them back to what you memorised,” cites Dellis.

Those who can remember lots of random numbers also use similar tactics, but will instead string digits together into a story, which can be read silently in the mind. And although anybody can potentially adopt these strategies, there is a lot of interest in whether the memory can be improved and enhanced without having to put so much work in.

Changing the way our minds work

With the right technology, (like Wranx) it might be possible to unlock our inner savant according to Allen Snyder, the director of the Centre for the Mind at the University of Sydney. He believes we operate on a high level of conceptual thinking, rather than concentrating on smaller details.

He believes “we are conscious of the whole and not the parts that make it up,” which could be a result of evolution, as we needed to identify predatory threats quickly.

But if we can avoid elevating data to a conscious level in the brain, we might be able to remember individual details more easily. This “privileged access” is what savants benefit from.

Snyder looked closely at cases of acquired savant syndrome and identified the left anterior temporal lobe as a particularly interesting area of the brain. Dysfunction here is linked to newfound artistic and musical abilities in people with autism, dementia and savant syndrome.

In his research and experiments, Snyder has developed a “thinking cap” that generates magnetic fields to stimulate the left anterior temporal lobe. Although patients demonstrated improved drawing, proofreading and counting skills, it remains to be seen whether technology can noticeable enhance long-term memory.

Even if the human mind's capacity has no limitations, it is clear that we aren’t capable of memorising and recalling every piece of information that comes our way. But why is this?

Well, Snyder believes it “has something to do with the economy of information processing,” while Reber also concedes that there is a “bottleneck coming from our senses into our memory.”

So, perhaps the most important thing to bear in mind is that the brain should be viewed in terms of speed, not in terms of capacity.

"It's not that our brains are full," Reber says. "The information we're experiencing comes in faster than the memory system can write it all down."