Keep on keepin’ on - the benefits of overlearning 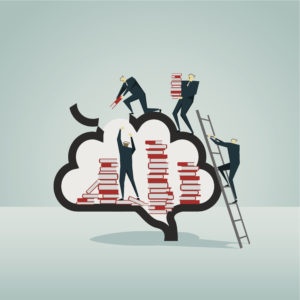 Learning something new takes time, enthusiasm and, above all, practice. The more practice the better and that means repetition. We perfect our skills by repeating the use of them towards a certain goal. Once we reach that goal, we’ve achieved ‘adequate learning’ and when we’ve perfected that skill, we move on to something else; a new challenge. We’ve achieved enough. Learnt enough. Right?

For instance, sports professionals don’t ever stop training. In fact, they spend more time training than they do in competition. It’s the same with musicians and people from many other fields; they ‘overlearn’. They repeatedly go beyond their original targets to stay on top of the game.

In whatever field, the process of ‘overlearning’ - or repetitive practice - has far reaching benefits. It can take a person’s performance from good to great by improving their retention and recall. It’s that repetition that makes all the difference; the more familiar we become with a particular skill, the more mental capacity we leave ourselves available for mastering and perfecting other skills. Its simple, really.

To find out more about this type of learning, check out our Spaced Repetition page here.

What does overlearning give us and how do we know?

The key benefit of overlearning as opposed to adequate learning is better retention. The US Army ran a study on the effect of overlearning on retention, testing 38 soldiers on how to disassemble and assemble an M60 machine gun. An important task for any soldier, particularly when you think of the result should they ever get it wrong!

One group were trained until they were simply able to achieve the task once, without any errors. They learnt no more than was necessary; adequate learning.

The ‘overlearning’ group were the second group to be trained to the same level.. Except, their training was extended by the exact amount of attempts it took them to achieve the task. So, if that was 30 repetitions, they trained 60 times.

A third ‘refresher’ group went through the same process as the first group, but had a refresher session four weeks later. This was where they repeated the exercise by the same amount of times as it took to get it right originally, like the ‘overlearners’.

So, how did they do?

Both the ‘overlearning’ group and the ‘refresher’ groups out performed the ‘adequate learners’. That much is obvious. The ‘overlearners’ not only excelled in terms of memory and recall, but actually managed to perform the task faster. The ability to carry the task out effectively had become automatic to them. Second nature, almost.

By contrast, our group of ‘refreshers’ had begun to forget a few elements of the task even before the refresher part of the training, four weeks later. After eight weeks, the ‘overlearning’ group managed to perform the task better and faster than the ‘refresher’ group managed after just four weeks. A crucial improvement, considering we’re talking about assembling a machine gun!!

What the study proves is that retention is improved and that skills are held in the memory for a longer period, thanks to ‘overlearning’. For individuals, this leads to better professional and personal development. For organisations, the advantages for Learning and Development are plentiful. Training is more cost effective and productivity, in the long term, is enhanced. It also proves that there really is no end to our learning , even after we’ve mastered a particular skill or task.

The workplace is our classroom; our progress as individuals depends on our development as professionals. There’s no such thing as learning ‘enough’. Our focus should always be on learning more and knowing more,and for that, we need to get involved in practices such as ‘overlearning’.

Practice does make perfect; we need to keep on keepin’ on.