Our five favourite exhibits from the museum of failure

Each and every day we find ourselves engaging with other people’s great ideas. We marvel at the simplicity of an idea and how well it works. We hope for inventions to address certain issues we all face. We just love a good invention. They help make life that little bit easier and, from the wheel to the smartphone, we wonder what we’d do without them. Inventors and developers spend their lives imagining new solutions and ideas and rethinking established inventions for a new use.

Take someone like Trevor Baylis. Inspired by seeing a documentary in 1991 about the spread of AIDS in Africa and the need to educate and inform huge numbers of people of its dangers, he set about finding a solution. Radio was already the main method of communication across the continent, but with limited access to batteries it was largely ineffective. So, Trevor holed himself up in his garden shed to develop his idea. Pretty soon, he came up with his solution – the wind up radio. After initial rejection from suppliers, who didn’t automatically see the huge benefits of such a device, he finally secured a manufacturer. His invention eventually swept across Africa, where it is still an important method of communication today.

Baylis’ invention worked well. He understood the problem, and found the simplest solution. Not every inventor is so lucky, though. Some innovations suffer from bad design, bad timing or by simply being a bad idea in the first place. We learn by our mistakes though, and the reality is that most inventions are doomed to fail. There are the more obvious victims. The Segway, for instance, was intended to revolutionise transport but instead ended up as a toy, used mainly for corporate team bonding days.

Samuel West, a US organisational psychologist, has recently opened The Museum of Failure in Helsingborg, Sweden. He’s gathered his collection of some of the most ill-fated and badly executed examples of product development. The reason is not just for comedy value, though. West believes that true innovation requires learning from the complexities of failure. We’ve picked some of our favourite highlights from West’s collection. Some real humdingers, here… 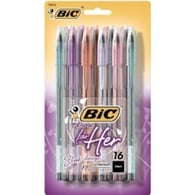 Yep… you read that right. A pen for women. What made this product so uniquely women-friendly, you ask? Well firstly, it came in a variety of pastel shades. Secondly, it had a ‘sleek design’ with a ‘thin barrel to fit a woman’s hand’. Unsurprisingly, Bic recently pulled this ‘innovation’ from the market, which was swiftly followed with an apology for any offence caused. It’s difficult to imagine just what the pen company were thinking when this decision was made, but the Amazon reviews are a lot of fun!

For some strange reason, a perfume named after a motorcycle company, smelling like a delicate blend of leather and petrol, didn’t prove to be the runaway success the company had intended. This is a classic example of the fact that a well-known name and logo won’t automatically work on just any product.

If anybody didn’t foresee the arrival of smartphones and their impact, it was the creators of TwitterPeek. A handheld device with just one function ­– access to Twitter. It couldn’t even handle the full 140 characters on one screen. On top of this, tweeting and receiving photos was a clunky process; posting a link would display text-only versions of sites. In short, lots of effort on a separate device with more problems than benefits… and then came the iPhone. 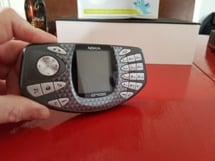 Nokia’s attempt to straddle the handheld gaming and mobile markets didn’t last long. Held with two hands as with a gaming handset, it really didn’t know what it was. The design was a huge fail, too; changing games was a lengthy process, which involved taking the device apart and removing the battery every time. Even if you could be bothered disassembling it, the lack of choice of games didn’t help.

And last, but by no means least, we give you… Colgate Lasagne!!

In the 80s, with the rise in popularity of frozen food, Colgate decided to bring out their own range. At no point in the process did they think this might not be a big seller. People were rightly freaked out by the idea of eating a pizza with the name of their toothpaste emblazoned all over the packaging.

While Dr West’s Museum has its obvious humorous angle, his thinking behind it is important. We have to accept failure as part of our innovation. The learning process determines it. Without one, we just can’t achieve the other.