The science behind Spaced Repetition

In order to drill new information or knowledge into your brain, you do not need to cram for hours on end the night before a test or listen intently to a daylong training course. As a matter of fact, these approaches to learning will probably have the opposite effect.

Along with the tedious and repetitive nature of reading a textbook or listening to a classroom teacher, traditional techniques used for learning are extremely ineffective too. Basic neuroscience and psychology research says that they are misaligned with how our brains actually absorb new information or knowledge and do not help with retention or recollection.

Instead, studies into the subject suggest that with techniques such as Spaced Repetition, you are much more likely to embed new information or knowledge into your long-term memory.

The basics of Spaced Repetition

Spaced Repetition can trace its roots all the way back to 1885, when German psychologist Hermann Ebbinghaus published an experimental study about memory called Memory: A contribution to experimental psychology. The main aspect of his work was the forgetting curve, which refers to the decline of being able to remember pieces of information over time when there is no attempt to retain them.

This is where the scientific part comes in. The human brain needs time to form the synaptic structure and connections surrounding new information before it is consolidated into long-term memory. 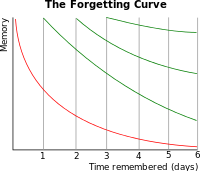 Learning from the forgetting curve

According to Ebbinghaus, the hypothesis of the forgetting curve states that 90 per cent of information or knowledge learned will be forgotten within three days. Every time you recall or review learning materials, you will forget less and less over time too. This means the forgetting curve is exponential and supports transience, one of the seven kinds of memory failures.

Review once again within 72 hours of the initial learning and you will retain almost all of the information or knowledge. This demonstrates that after recalling and reviewing learning materials three or more times after initial consumption, the learning curve will be much shallower, meaning the brain forgets at a slower rate.

This is Spaced Repetition in a nutshell. Every time you recall and review learning materials, the information or knowledge will become further ingrained into your long-term memory. Once there, your brain will start consolidating this information or knowledge into separate chunks, which increases your ability to understand the bigger picture and form connections between different concepts.

The importance of reviewing and repetition

Regardless of what you are learning, it is imperative that you undertake an initial review of the material within a day of learning it followed by two or three more reviews over the next few days. Reviewing the material will strengthen the mental pattern of retained information or knowledge and enable it to stay in your memory bank for a long time.

By using Spaced Repetition, separate pieces of information or knowledge will soon become chunks within your brain, making it easier to conceptualise and connect principles together.

This was recently supported by a study from Kramar et al at the University of Southern California, which reported that in order to enhance the connections between regions of the brain devoted to memory, you must repeatedly fire them together.

“Intrinsic variability among individual synapses imposes a repetitive presentation requirement for maximising the percentage of potentiated connections,” notes the study. “We propose that a combination of local diffusion from initially modified spines coupled with much later membrane insertion events dictate that the repetitions be widely spaced.”

How to use Spaced Repetition to your advantage

One of the simplest ways to use Spaced Repetition to your advantage is by creating flashcards organised in a box. Using this video as an example, come up with a schedule for revising the cards in each section of the box.

Alternatively, you could take a more 21st century approach and capitalise on solutions such as Wranx. With our specially developed software, which is available on desktop and mobile, we can schedule content according to your progress. Wranx can also optimise your learning experience with other scientifically proven techniques such as gamification.

The science behind Spaced Repetition

Spaced Repetition has been proven by science to help you retain much more information than traditional learning techniques, such as cramming for a test or lengthy classroom sessions.

Despite its immense capabilities, the brain still requires time to absorb learning materials, process this information, consolidate everything you have consumed, and build neural pathways to other related concepts. But through Spaced Repetition, the brain is given the time it needs to embed information or knowledge deep within your long-term memory. 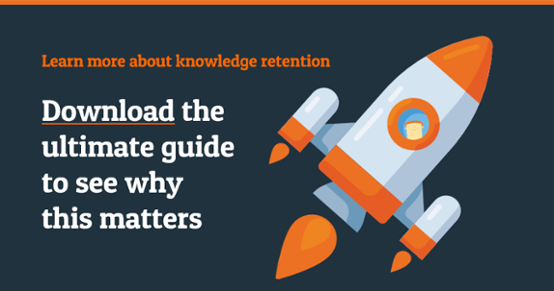