The Seinfeld effect – maintaining the chain to the brain 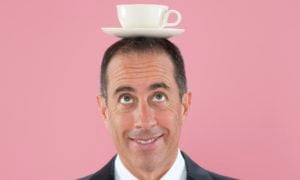 Yep. You read that right. Seinfeld. Jerry Seinfeld, the American comedian. A man with obvious and valuable advice for those in Learning and Development, you're thinking. Except of course, you're probably not. You're almost certainly thinking 'What's Jerry Seinfeld got to do with this?' And you'd be right thinking that. Probably.

When considering ideas such as training, learning, behaviour change and knowledge growth, the name Jerry Seinfeld wouldn't ordinarily spring to mind, its fair to say. But Jerry can offer us help, he has advice for us, methods, practices we can take from. Lessons we can learn, even.  Software developer Brad Isaac was a young amateur comedian who once asked Jerry for tips, advice on how to improve as a comedian. It turns out, it’s all about the chain.

The driving force behind every performer is to get better, to be seen as the best, perfect their art, and for them to reach the top of their chosen field. For Seinfeld, that meant writing better jokes, and writing all the time, every day. It required constant commitment, discipline, motivation and drive. It meant an end to procrastination, and the ability to maintain the drive and keep improving. So Jerry came up with a plan, a path to better productivity.

The first thing was to set daily goals. They needed be realistically achievable. It also needs to be sustainable and meaningful, something to commit to in the long term. A simple 'tidy my desk' won't do. You may as well write that on a Post-It note, and we all know nobody takes any notice of instructions written on Post-It notes. When choosing these daily targets, it’s important to set a daily minimum. In Seinfeld's case, that simply meant to write a minimum amount of jokes daily, but the goals could be applied to anything really, work, exercise, diets. Its all in the doing, the achieving. Next, Jerry got a wall planner and a large red marker. (It doesn't have to be a large one, or even red, but it all adds to the dramatic effect!)

On completing each task, each daily challenge, he simply put an X on the planner for each day. As time went on, the chain grew, each day an X, each task completed, day after day. The chain became the target, driving him forward towards the next day, the next task. With each X, (large and in red) the chain moved forward and became his focus. Each X had to be earned, and that meant disciplining himself. But each X also felt like an achievement, motivating towards further progress, and so the method, the chain, feeds itself. Simple, but incredibly effective.

The key is to never break the chain. That would leave a gap and mean starting again, and nobody wants that, do they?

Fluidity, ongoing forward movement, bit by bit, little by little, is what matters. That said, it helps to set boundaries. Some days you may be sick, or need a break, that's understandable, and so a simple S in the box will suffice to keep from you from breaking the chain. As long as you don't start putting L for Lazy in the box, you'll be fine.

The misplaced assumption is often that success in business requires mammoth amounts of work and toil, but more often than not, it can be just as much about completing small manageable tasks often, creating the right attitude, and motivating the self and others. Its as much about dedication and commitment as it is about anything else. This is where Jerry Seinfeld's method works so well, and what makes it so easily applicable to a wide variety of people. People in business, creatives, those who work in health and wellbeing, the list goes on. Those who work from home, with all its daily distractions and deflections may find Seinfeld's method indispensable, there are apps based on this (though surely no method carries the continual impact and dramatic effect of the wall planner). But generally, reaching targets brings better productivity, and this method can help bring those targets closer.

The Seinfeld method is built in to Wranx. As users engage with the app daily, and usually for only a couple of minutes at a time, they are encouraged to keep the chain going, building all the time. They are rewarded not on the amount of answers they get correct, but on their level of interaction. Their engagement with Wranx, their building of the chain, becomes normalised, a part of their day- as familiar as checking email or social media. Through gamification, Wranx provides the next target, and through levels and leaderboards, users are able to compare their latest results with previous attempts, and also with those of their peers. And throughout all of this, the chain grows. Because, in Wranx, if the chain gets broken, even by just one day, then Wranx sends the user back to zero days. And, as we know, nobody wants that.

Jerry's chain will push you. It will drive you forwards to better productivity. It will enthuse and inspire you.